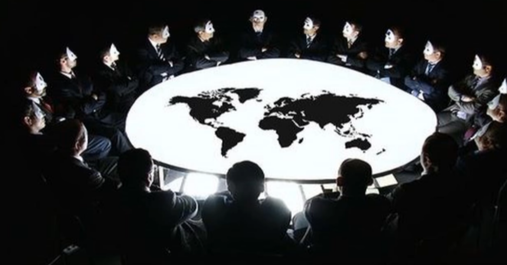 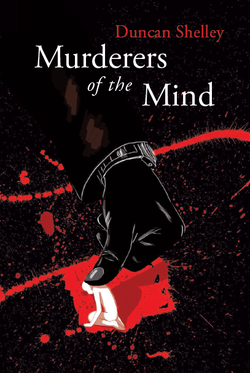 in order to serve humanity better.

Civilization has been controlled by the invisible operation of a central authority since the dawn of history. No one has ever become a traitor from this circle until now. Someone betrays them to serve humanity. This is the exciting premise of author Duncan Shelley’s new book.

With an extensive research to the many questions that interests him regarding the possible conspiracies surrounding international politics and world economy, Shelley came up with a fast-paced and intriguing tale that will prove to readers that the world is not what they have so far believed it to be.

“Murderers Of The Mind” reveals the secret societies that control the world in an invisible manner, and the widespread war against them, as a result of one traitor’s actions.

After Julius Andan, a world renowned psychologist goes missing, the society and the circle he left goes berserk for he knows many secrets of the world’s powers that should never be leaked.

As Andan seeks help and refuge in the care of a team of trained assassins, he works on uncovering the many facets of the conspiracy he himself wants to fully understand.

With the lords and manipulators of civilizations behind him and the theory he seeks to prove true in front of him, will Julius Andan be able to live through to see people and the world discover the answers he too seeks, unharmed?

Follow as Shelley writes with great care, at the highest possible professional standard while he presents a worldview that is close to reality, with scenes more or less based on the events humanity experiences in this present society.

Based mainly on the financial crises worldwide and in the United States,
“Murderers Of The Mind” presents a logical answer as to why the world is the way it is,
​giving an answer that is both realistic and believable.

Duncan Shelley has been writing ever since he was a child, for 30 years.
Since the summer of 2000, writing has been his main profession.
He has been teaching the fundamentals of writing for nine years, so far with over 320 students.

He has been doing sports for 16 years; he was a boxer at the most prominent Hungarian club, learned numerous martial art styles — jeet kune do, kenjutsu — target shooting at the Hungarian Defense Forces, and recently he has been doing street workout. Currently he is enrolled in school, studying screenplay writing and directing.

Murderers Of The Mind

🌸
This post (info in it) is VERY “unique” and you need DISCERNMENT to “get it”.

In the link below (almost five hours long), you will KNOW HOW the system works and WHY.

The book was written by one of considered to be a “traitor” by the movers and shakers of this world. Secrets revealed in this book that you never even imagined!

By the way, the Hungarian language is HUNDREDS of thousands of years old. There is NO SUCH thing as “Finugor” The “Finugor” DECEPTION is a DELIBERATE FABRICATION of the bitch Maria Therese, who had sex with horses!

There are also more and more Jews in Israel who are LEARNING the Hungarian language. Interestingly, they are NOT learning “Mandarin”!

What do you think WHY?

There are “things” going on, you never even imagined.Have you heard of Anhaido?
You hear about him (he was a shaman 17,000 years ago) only in this book, which was taken
​from a secret document.

One thing is CERTAIN! THERE IS NOT GOING TO BE ANY MAJOR CHANGE IN ANY SOCIETY. EVERYTHING WILL REMAIN THE SAME...COVERT DICTATORSHIP. This fits PERFECTLY with the findings of R. Monroe as it is described in his books.

The Earth system cannot change! Only VERY minor things are allowed to be changed. Figuratively speaking, allowing change, is like painting the cell wall you are in to your liking but you are STILL in that same jail cell.

Most of you readers KNOW, why J.F. Kennedy was killed. In case you don't, here is why, according to this book.

The Federal Reserve was formed CONTRARY to the American “Constitution”. The ONLY way this could happen if there is somebody or a group ABOVE AND CONTROL the American government entities. This is NOT “Republic” or “Democracy”, IT IS COVERT DICTATORSHIP!

Kennedy wanted to get rid of that PRIVATE (NOT U.S.A. Federal) group that printed “BANK NOTES” and six month later they KILLED him. The perpetual liar, Johnson's very first deed was to abolish Kennedy's order, to please his masters. Most of you KNEW this, because it leaked out and people put two and two together!

WHATEVER YOU SEE OR HEAR FROM “LEADERS”, CLAIMING THEY DO SOMETHING GOOD FOR YOU, IT IS NEVER EVER FOR YOUR BENEFIT BUT THE OPPOSITE! EVERYTHING YOU HEAR IN THE MEDIA ARE LIES!

There were/are some intuitive people who discovered this but hardly anybody believe them.

Have you heard of “Orkney” island in Norther Scotia and WHAT happened there?

Most likely you never even heard of it, let alone what happened there.

THIS IS SUCH A HUGE SECRET THAT EVEN TODAY, ONLY 22 PEOPLE KNOW ABOUT IT!

ONE OF THAT 22 IS THE AUTHOR OF THAT BOOK IN THE LINK ABOVE.

Of course now, there are thousands of people read the book, so they also KNOW!
The map of the island.

What you read in the above paragraph, is said to be imagination BUT when I looked on the map
and description of the island, there was something interesting. “Highland Council”.
It is also stated that Orkney is not under the “Highland Council” area. “Highland”?

“Councils” in history, were NEVER something “good” for mankind.

It is up to you, what you do with this info. Keep in mind that some time ago, somebody posted an article, that there is an island off of South Africa in the Atlantic, suggesting to be the center of the Illuminati. Wonder if these two places are on the same longitude. You also should read the “Brotherhood of Illes” and pay attention to the importance of ISLANDS.

How about "Jekyll" ISLAND?

The “true” power is NEVER EVER in the hands of kings, queens, popes, Caesars, Pharaohs, Czars, Chancellors, Prime Ministers and Presidents!

THERE IS ONLY ONE WAR THAT IS GOING ON, SINCE ANCIENT DAYS!
​
WAR FOR YOUR MIND!

BECAUSE YOU HAVE NO IDEA WHAT IS GOING ON, YOUR ONLY SAFE SOLUTION AGAINST EACH AND EVERYONE OF THOSE ENTITIES WHO CONSTANTLY “MOVE AGAINST YOU”, OVERTLY AND/OR COVERTLY, OPENLY AND/OR SECRETLY, DIRECTLY AND/OR INDIRECTLY, IN ANY WAY, SHAPE AND/OR FORM IS TO “CURSE THEM BY THEIR OWN DEVICES, DEEDS AND ACTS”! INCLUDE THEIR FAMILY MEMBERS, RELATIVES AND FRIENDS!

THE MEANING OF “CURSE” WAS ALSO PERVERTED, SO YOU WON'T DO IT, BECAUSE YOU ARE AFRAID TO DO IT! IT'S ANOTHER MIND GAME THAT IS PLAYED ON YOU.

“CURSING” IS NOT A VERB! IT IS A “CONDITION OF STATE”, A.K.A. “NOUN” A.K.A. “FACT”. NEVER USE “CURSING” AS A VERB, BECAUSE IT MEANS NOTTTIN IF YOU DO! ADVERBS, VERBS, ADJECTIVES, PRONOUNS DON'T EXIST AS THEY ARE FICTIONS!

DON'T LET OTHERS VIOLATE YOU, BY FORCING THEIR WILLS ON YOU DIRECTLY AND/OR INDIRECTLY! FORCING A WILL ON ANOTHER IS “RAPE” AND OBVIOUSLY HAS NOTHING TO DO WITH SEX. NOBODY AND NOBODY HAS ANY AUTHORITY OR EVEN “RIGHT” TO FORCE YOU TO DO OR SAY OR WRITE ANYTHING YOU DON'T WANT TO! NOBODY HAS ANY AUTHORITY TO FORCE YOU TO “SIGN” ANYTHING! WITHOUT YOUR SIGNATURE (SIMULATING NATURE) THEY CAN'T MOVE FORWARD! THAT IS WHEN THEY THREATEN YOU!

NOBODY HAS ANY AUTHORITY TO BRIDGE THE GAP BETWEEN COMMUNICATION (TALKING) AND PHYSICAL DEED. A WRITTEN DOCUMENT DOESN'T AUTHORIZE ANYBODY TO BRIDGE THE GAP, TO DO ANY PHYSICAL DEED TO/AGAINST SOMEBODY!
​
CAN'T SAY IT ENOUGH THAT THE DUMB JUDGES AND COPS ARE THE BIGGEST JACKASSES WHO EVER LIVED/LIVE AS THEY HAVE ABSOLUTELY NO IDEA THE HARM THEY CAUSE TO THEMSELVES, WHEN THEY FORCE THEIR WILLS ON OTHERS! TAKE CONTROL OF YOUR LIVES PEOPLE! 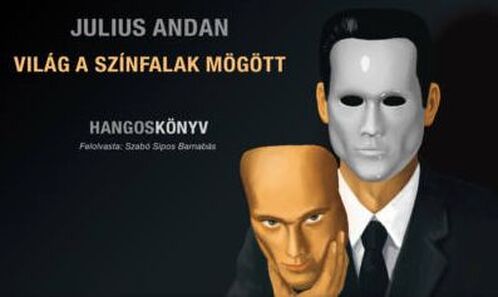