"Here is a Christ,

Who is as simple as the light of day,
pure water, like the first cry of a newborn babe.

He is the One who walked in the wilderness and walks with us today,
in the merry-go-round of our grey daily lives.

He is here, in the mass murdering COVID terror, in the lying war, in the death hospitals,
in our stupid world frozen in fear ... here He is, waiting to be seen.

and yet with that calloused hand heals the blind,
​exorcises demons, and feed hungry men well." 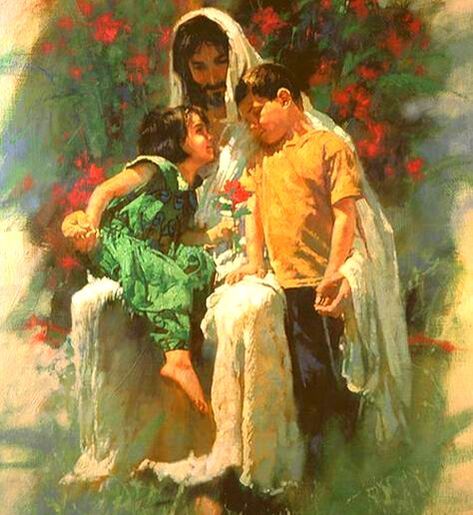 "So around Advent I think all Christians,

And now the bad is experiencing a renaissance in the world."

IN THE WORLD TODAY

The servants of Mammon are trying to hide the reality,
a parallel and truly non-existent one,
with a false "reality"

and to kill billions of people on this Earth"

We are human beings, human churches born again and again, hoping for a Saviour.

Who cannot be turned by poison injections,

because we have the spark of God in us,

which is more powerful than any super-modern satanic curse! 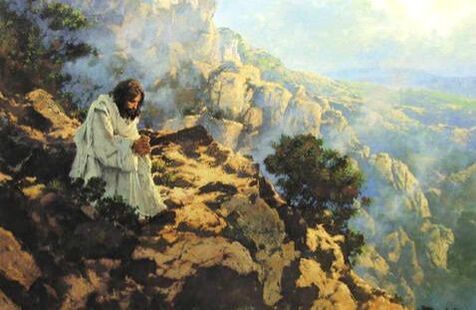 🌸
So around Advent I think all Christian people who follow Jesus are more sensitive, more receptive to wait, to wait, to see both the Good and the Bad.

And now, evil is experiencing a renaissance in the world.

So am I myself, as I feel, if not understand, this waiting on the rapidly darkening winter days, seeing God, searching for Jesus with me in the parade of neon lights, the smell of the pre-sliced loaf, the beggar boy's eye-glass, perhaps even the ATM machine display and the shadow of the snarling, hungry stray dog.

And of course in the terrifyingly lying, satanic news, where a fake pandemic, a murderous COVID poison injection, an ugly war covered up by lies, a terrorist threat, a migrant invasion, a globalized money parade hide the reality.

​The servants of Mammon are trying to cover up reality, to mislead and then kill billions of people on this Earth with a parallel and truly non-existent false "reality".

As I stare at this tired and "modern" world pulsating in Advent, I have the vision of seeing not one, but two Christs.

I feel and live the presence of two Christs in the stasis of our daily rush. And this strange duality fills me, sometimes with terror, sometimes with unspeakable, gentle good.

For here is a Christ as simple as sunshine, as clear as water, as the first cry of a newborn babe. He is the One who walked in the wilderness and walks with us today, in the wheel of our grey daily life. He is here, in the mass murdering COVID terror, in the lying war, in the death hospitals, in our stupid world frozen in fear... he is here, waiting to be noticed.

He is the son of a carpenter, who knows what it is like to have the handle of a hatchet make his hand calloused, and yet with that calloused hand he heals the blind, exorcises demons and feeds hungry people.

And here is a "Christ", a gold-encrusted, ornate high priestly lord, isolated in the shelter of vast stone churches, who, as head of an institutionalized faith business, the global corporation of God and His Son, cannot see the poor woman's two shekels, he does not cast out devils, though he should, he does not break bread for the hungry, because he has to go to some fancy church symposium, to gloat and lie like a fearful idol waiting for human sacrifices.

The one Christ I see is, you know, the simple one, yet he comforts me. I know that just as He was two thousand years ago, He is here beside me today, in the dark streets, in the crowded trams, beside people terrified of mass murderers, and if I dare to believe it is Him, He will not let me go hungry if I come to Him to learn. There is this simple Christ in the eyes of man.

In the eyes of those who still smile at me and are not afraid to take on love. For example, in the eyes of that young woman. Who brought a donation to a poor old beggar the other day, not by giving her own name, but by giving this simple "pawn Christ"... There is this reassuring Christ in every weary smile, in every handshake that promises warmth of soul and warmth of life.

But there's also the other Christ, the haughty lord, from the gaudy churches where we sometimes go to show off our new clothes. I think he doesn't even walk. He would tire quickly in the wilderness, since he is mostly carried in luxury cars, bringing his priests news.

This is the Christ who is undoubtedly great and powerful, because behind him, for example, you can hide even the high priest with the big golden cross, who I know is a paedophile and really sacrifices to Moloch, to Mammon, and yet who, under the cover of this gaudy, institutionalised Christ, expects me to respect him and wants me to look not at his sins but at the faith of his Church ...

Great is the shadow of this gaudy, mighty Christ. It covers the former cries of the Inquisition, the never-showing amorous grief of the priest-whores, the sly speculations of informers, the price of the pardon slips, but if anyone dares to say that it is not so, he and his servants immediately accuse him of denying God.

Just as his servants do with the COVID terror, with the crusade masquerading as a war in Ukraine, with the whole inquisitorial thought police...

At such times, I have great confidence in that other Christ, the footman, the One who loves, for He taught me that sometimes you have to beat the thiefs out of the tabernacle of God, and if necessary, with a stick.

For this simple, carpenter Christ-king is not about to be born in gaudy stone churches today either.

His temple is me, you and every son of man who allows invisible, infinite love to sanctify his body, his soul, his life into a living temple. We thus become a temple in the anticipation of Advent, for the inventors of the stone temples did nothing other than imitate the ancient temple of the created: they imitated the created man in their creations.

Our eyes become a temple window, letting in and absorbing light and darkness, our brains, our consciousness, a temple tower, the tolling of bells, mass, prayer, life, death, resurrection. In our bodies, altar, holy grail, sacrificial altar, burning, flaming flame of cells.

We are human beings, human churches born again and again, hoping for a Saviour. Who cannot be turned by poison injections, by genetic experiments into two-legged experimental animals, because we have the spark of God in us, which is more powerful than any super-modern satanic curse!

Man is a pariah under the spell of the two Christs. And one Christ is not real.

So, in the height of Advent, let us open our eyes, the church window of our soul, and dare to take a good look at which of the two Christs walking among us we offer our souls to in Advent 2022!